Books, Beats and other Treats. 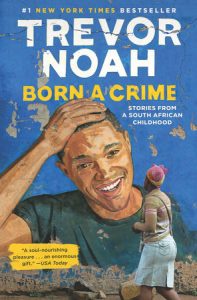 Trevor Noah took over for Jon Stewart as the host of The Daily Show  in 2017. Noah was replacing a beloved giant of comedy. The Daily Show and Jon Stewart pretty much invented the news satire show, and the list of accolades was extensive. Stewart is a legend, and was ingenious on The Daily Show for decades,  so Noah had huge shoes to fill. I think he has been doing an amazing job. Not only with the Daily Show, but his stand up specials are smart, funny and relatable. His books are hilarious, full of history and thought provoking stories that will force you to re tell them to your friends.

Recently a friend gave me Trevor Noah’s memoir “Born a Crime” The title refers to the fact that interracial marriage and Interracial sex were both illegal in South Africa when he was growing up. His Mother is South African, and his father is Swedish, so his very existence as a human was illegal. With this illegality as the foundation Noah tells the story of a “Colored” kid growing up under the vicious rule of apartheid.

If you like learning and understanding cultures, read this book. The stories are both vivid, and dark,  fun and horrifying. I learned so much about the true structure of South Africa before and after Apartheid, and how it really wasn’t too much different from these here United States.

His relationship with his mother and the comedic delivery he offers when telling their stories is priceless. I mean I was laughing out loud a lot. From family issues, to dating, to burning peoples homes down, to being a DJ with a dancer named HITLER, and of course being a child of mixed race in a country where that was completely unacceptable. He touches all these topics with a grace and humor that transforms the disgusting (racism under apartheid) into a delightful experience.

I really respected the fact that he did not write at all about his current success, it’s story of childhood, and in my opinion how that childhood lays a foundation for the person you will be come. The trials of his childhood in South Africa  are what lead to his success. Read it! Or listen to the audio book (Hearing him read and tell the stories with a professional comedic delivery will be awesome). 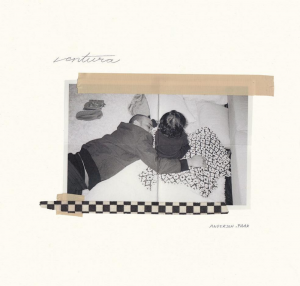 Anderson Paak has been putting out high quality music for a minute now, as a solo artist and one half of NXWorries. Paak and his band the Free Nationals are true musicians, who create a dynamic level of timbre with their instrumentation. It is just so full of color and texture, not something you hear very often in new music.

I have enjoyed all of his albums from O.B E. Vol I as (Breezy Lovejoy) , to  Malibu, Venice and Oxnard, but Ventura …….man its my shizzzzz for real. I can let the whole album run, no skipping, and play it over and over again. It just suits my ears.

I  love this music because it encompasses so many styles I love. it’s soul music with boom bap drums, Jazz harmony and Motown arrangements. It’s Gospel feeling, and blues story telling all wrapped up into a super fresh modern sound. I highly recommend his entire discography but VENTURA….  YES , pick it up, pick it up (Redman) It’s worth buying the whole album. 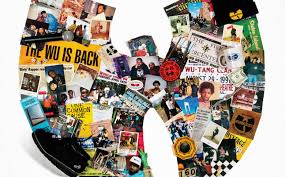 “The game of chess is like a sword fight, you must think first before you move” This quote from Enter the 36 Chambers perfectly sums up what The RZA and the Wu Tang Clan have done since 1993. Putting real thought and effort into creating timeless music, and then playing the business strategy the right way.

Raekwon said they didn’t get into rapping just to get in and get out. They were about longevity, and taking care of their families for generations. They succeeded, Wu- Tang is timeless and for the children. Wu Tang feeds families and it feeds souls. Not only were they a foundational group of my youth, but they continue to be relevant and shine for Hip Hop culture in 2019.

This is a great documentary series filled with Beats and Bars, but more importantly…. Humanity. Where Sacha Jenkins and the Mass Appeal team succeeded was in showing that the Wu- Tang clan is made up of 9 MEN. 9 MEN who are talented rappers and producers yes, but men who have lived through the struggle of being black in America. 9 MEN who have stepped over the odds to become one of the most well known musical acts in the world. 9 MEN who have used lessons from past to make better decisions today. 9 who men who brought the RUCKUS and never let the PUBLICiTY take away from their TRIUMPH. Of Mics and Men is featured on Showtime right now. Check it out.