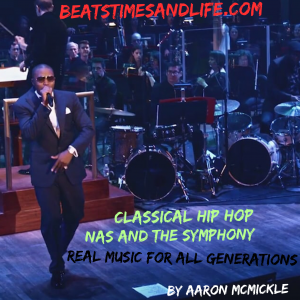 As a 37 year old Hip Hop head, when I hear mumble rap I cringe. The beats are hard no doubt, but I am used to creative, loquacious lyrical content. Lyrics that tell the story and make me say daaaaaamn, that was tight, I got to hear that again.  What’s funny about this is is that my parents would cringe at the Hip Hop I was listening to in the 80’s and 90’s. Granted it was mostly due to the vulgarity, but they also used to say. “I can’t understand what they are saying” “In my day people sang, and you could understand every word” (Except for James Brown I’m guessing because he lets some seriously primal shrieks)

Every generation believes their music is “Real music” and the music of the new generation shouldn’t even be considered. Hip Hop was said to be a fad at it’s genesis. I think now no one would deny its cultural impact. Why is this mindstate so prevalent? Why did Swing lovers hate Bebop, why would classical musicians say Rock is not music, Elvis was the Anti-Christ. Hip Hop is just N***** talking right? I admit to falling victim to this hypocrisy, mostly in terms of Trap music (It’s just not for me).

A few nights ago I watched Nasir Jones (Nas) perform his classic Hip Hop album Illmatic, with the backing of The National Symphony Orchestra at the Kennedy Center. This album  tells the story of a young Black man living in the Queensbrigde housing projects. The imagery is sharp and vivid, the stories are poignant, and the use of the english language is sheer beauty. Illmatic is an album where every drum, horn stab, lyric, and measure have meaning. Illmatic contains no throw away verses or tracks, every bar is perfectly placed and used to build upon the last. The production is filled with banging carefully equalized drums and soulful samples. Let’s just say it’s everything a Hip Hop head needs from an album.

What does a non Hip Hop head think of Illmatic? Well when PBS connected Nas and the National Symphony Orchestra we found out. This could have gone either way. Illmatic is perfect to me, but to a layperson what does it sound like? Does it give them the chills too? It’s sort of like when Lorraine Hansberry’s A Raisin in the Sun first opened on Broadway. A Raisin in the sun is a Black play about the complexities and intricacies of Black life. Black people already loved the play, but would a White audience care about our story? The answer in both cases was yes.

Nas and the National Symphony Orchestra gave a euphonious performance. The arrangements of conductor Steven Reinke were lush, full and most importantly funky as hell. From “Genesis” to “It Ain’t Hard to Tell”.  We heard each sample, drum loop and scratch played live in real time.

I’m happy to report that Classical Hip Hop did to the Kennedy Center crowd the same thing A Raisin in the Sun did in 1959. Non Hip Hop heads some who may had never heard Illmatic before connected with story of Black man from Queensbridge, saw his humanity and caught the vibe. It was beautiful.

There is no question that Hip Hop is real music, It touches folks all over the globe, and is built upon the traditional sonic principles of Black music. The connection between the cultural DNA of break dancing cyphers to the ritual of the Ring Shout, or a freestyle battle to playing “The Dozens”  is clear. There is no denying the genius of a Nas, or Black Thought. DJ Premier, RZA, and Dr. Dre are national treasures. Hip Hop Culture is a true art form created to give a voice to the voiceless, and it has worked. The voices of young Black and Brown folks are being taken seriously.  Everyone must stand up and respect the artistry.  Hip Hop has helped me and many other practitioners discover and live out our  artistic passions as well as  support our families.

So thank you Nas your vision and inspiration on this one. Also thanks for all the preparation and work that was put into this performance. Only top notch musicianship was exhibited, and DJ Green Lantern killed the cuts. As for Nas’s performance, to spit all those intricate lyrics with clarity and breath control is extremely difficult. He is not 19 anymore and he was on it. Sharp in every way.

I really recommend taking the time to watch this performance. It’s free on the PBS app, along with a lot of other great content to learn from.