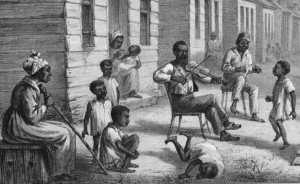 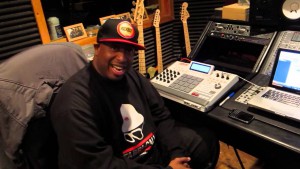 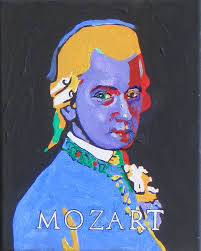 Ok, so a major part of this site is going to be about listening for and finding the connections between styles/genres of music throughout history.

It has been said that the best artists can mimic their influences and then add their own flavors to make it original. Wether it is painting, or writing, or playing basketball, people use the work of previous generations to help create something new and special.

Recently there has been a surge of talk about “What is Original” The Blurred Lines vs. Got to give it up controversy sparked everything.

I’ll say it again.  “Artists are influenced by Art” You see a painting, you hear a drum break, you watch a movie, talk to a friend, read a book. These experiences build the art you create. We should be free to use those influences freely (as long as we acknowledge them) to move creativity forward.

One of the most essential needs of creativity is a lack of self consciousness while performing and creating. I’m not talking about “knowledge of self”. I am talking about not thinking to much about what you are playing, or writing, or drawing. It is a fact that the best work is done once you hit the “Zone” a place where you are not even thinking, your muscle memory, soul, and surroundings are leading you. The second you begin to think, “I am playing the right notes”  “Is this a good color” “No, I cant play that”   “Is this the right way” the “Zone” is gone.

Creativity and originality come from being free in a creative moment, not hesitant because you think it may sound like Marvin Gaye. Which in my opinion is a good person to sound like.

Pharrell Williams is getting a lot of heat for the Blurred Lines controversy. I personally think the song is good. It just got so much bad press, that it became a witch hunt. When I first heard it, before any public opinion entered my brain, I liked it. There were articles saying it was the worst song ever written, C’mon, really?

Pharrell admitted to wanting to make a song the sounded like “Got to give it up” He acknowledges the influence.

So many artists take the songs they love and do exactly what Williams did with Blurred Lines. They also do it in even more obvious ways.

Ray Charles, Buddy Holly and Kanye West will be the focus of this session of

Gospel to Blues/Soul,  Rock to Hip Hop.  We will follow the connection between these styles

It Must be Jesus is a gospel song written by Bob King in 1954. Bob King was a Blues influenced guitar player, who was the original guitar player for Sam Cooke and the Soul Stirrers. He wrote  this song and sang lead for the Southern Tones. Peep the track below.

Listen Closely to the Vocal Intro, melody, the “Oh yeah” and the arrangement. This is foundation of this series of songs.

It Must Be Jesus- The Southern Tones 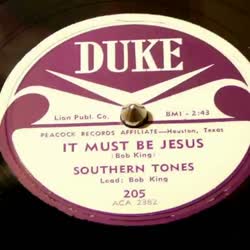 “It must be Jesus” was written in 1954, Ray Charles wrote and composed “I Got a Woman” in 1954 as well. What do you think he was listening to? His creativity was being influenced by gospel. Listen to the melody, and the “Oh Yeah” even the vocal intro is the taken from “It must be Jesus”.  Weeeeellllllll, I got a woman.  Ray Charles sped up the song overall and made it about a woman instead of Jesus. Musically he added blues inflected chords and changes, as well as a sax solo.

“I Got a Woman”  by Ray Charles 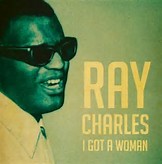 Listen to the way the melody builds. He even repeats a Ray Charles lyric (Early in the Morning) Holly opens the tune with a Weeeeellllll, and then we hear the ode to Charles. He also give the “Oh yeah” at the end of each stanza.

Throughout the song there is even more gospel influence as he does call and response with the background vocalists. The Rhythm section is playing a shuffle feel, just like the Charles version, however the bass is much more prominent. There is even a saxophone solo after the second chorus, the same place as in the Ray Charles version.

Early in the Morning by Buddy Holly

Now we come to 2005, Hip hop adds to the cultural continuity of “It Must be Jesus”

Kanye West produced and wrote “Gold Digger” along with Jaime Foxx for his 2005 album Late Registration.

On Gold Digger West has Jaime Foxx  sing an interpolation of Ray Charles from “I Got Woman”.

Within the verses you hear “She give me money” and “when I’m in need ” sung in the background entering and exiting every measure.

So West was influenced by watching Jamie Foxx play Ray Charles in RAY. Then he picked “I gotta woman to sample. Then he created the whole beat, a theme and rhyme scheme. Then laid down some  banging drums, with scratches by A-Trak. All of sudden a whole new song is created. 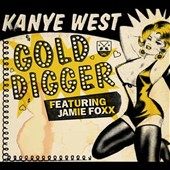 Now we have seen how artists are influenced by art. We have followed Gospel flowing into Blues, and Blues growing into Rock. Most recently Hip Hop as a genre becoming an extension of all three. We have listened to the cultural continuity of music and how artists take from what they love and make something new. Now ask the question.