We are saturated with advertisements, reviews, polls, pundits. Our peripheral is always being bombarded with information, telling us what to think, what to buy, what is good. Before we can decide if we actually like something, we read several reviews of what other people think first. What this means is that we almost never get to approach anything new in life with a clean slate of WHAT WE ACTUALLY THINK! 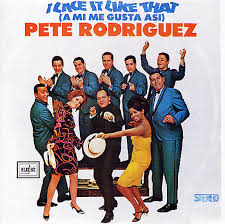 No matter what, we take into account what we have heard, or read, or the headline that we saw in passing. It is very difficult to separate your opinion these messages. Hype is a beast. When Kendrick Lamar’s album To Pimp A Butterfly was leaked, it came out to unbelievable praise. There were album of the year cries almost immediately.

I actually did not get to listen to it until about a week after its official release. That is seven days of Facebook, twitter, and Instagram posts, seven days of opening up streaming browsers with it prominently featured. Overhearing conversations, hearing it on the radio, essentially you are hearing that it is a great album all around. Which it is, but based upon everything I heard about it. I had preconceived notions about what to expect before I even got to hear it for myself.

I do genuinely love the album. Sonically it is everything I would like to hear. It’s Hip hop, jazz, funk, soul, spoken word all wrapped up in  the anger of oppressed youth.  It is also extremely honest and challenging mentally. I would say it is for deep close listening and absorption. Not for background enjoyment. 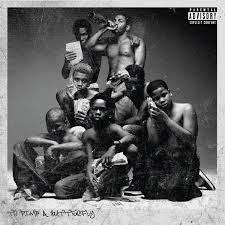 After Good Kid M.A.A.D City killed the game in 2012, To Pimp a Butterfly was a highly anticipated release. Wouldn’t it be nice to be able to pull the cellophane off of an album that you are looking forward to hearing, play it and decide for yourself if it’s fire. Without having someone else tell it sucks or that it is amazing.

Modern listening does not even allow the average listener to really choose what they want to hear. Streaming services tell you what they think you should hear as soon as you open the application. There is a top 10 waiting for you, a list of WHATS’ HOT! Even if its only luke warm. However if you hear it 20 times a day, and Funk flex tells you its hot, the message starts to seep into your psyche. They have decided for you.

As a working DJ I can tell that most people use these lists as a guide for what to listen to. All the requests are the same as what is on the hot 97 or you tube, or spotify top 40.

As an experiment for yourself. Buy a new album legally. Try not to read any reviews on it, or ask any one about. Just put it on, play it and judge for yourself. Ask your self.

Does it sound good?

Does it feel good?

If you listen and answer yes, then it’s good. No matter the genre, or release date.

Do the same experiment with a movie. Just pick a movie and watch it. Don’t read the blurb, don’t look at how many stars. Just  watch it, and decide for yourself if you like it.

It is difficult to go against the grain. When something is very popular and “trending” to say you don’t like it can ostracize you. Do the best you can be true to what you really feel.

Wether it is music, or books or movies. You don’t have to follow the trend. You get decide what you like, and how it makes you feel.

Just because you do not like something does not mean you are a hater. It’s ok to make choices on a case by case basis.

Listen and decide for yourself.

I was inspired to write this piece based up two articles that came out this week.

The above article discusses how it became faux pas to say that you don’t like everything about Kendrick Lamar’s album To Pimp a Butterfly. I don’t agree with the overall message, especially when he questions why Kendrick would make a spoken word, funk jazz album in 2015. (Because he doing something different, and that is what we need) However, it did make me think about how the bandwagon of an album or artist gets going, then all of a sudden he/she is gods gift.

The above article is a rebuttal to the piece from Complex, but also a critique modern music journalism. I must say I agree with the overall message of the 2 dope boyz piece more.

Of course we have some beats to accompany.

Life is just a moment, so you better enjoy it. 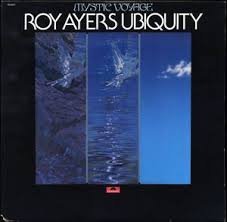 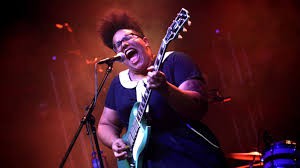 Alabama Shakes- Don’t Wanna Fight  (No reason to be conflicted and fight within yourself, listen and decide)

One thought to “Is it possible to make up your own mind?”