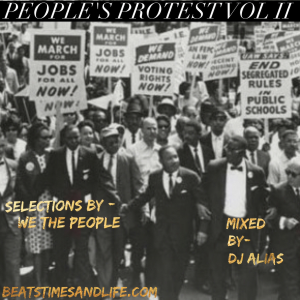 I know you all have been out there fighting the good fight. I started a Facebook thread last week about “Favorite Protest Songs” This mix is the product of YOUR suggestions and YOUR willingness to stand up for what is right and virtuous. As I listened back to the this mix on the train yesterday I got goosebumps and my eyes welled up several times. This mix tells a story, and addresses the social issues we are dealing with now head on. I have not felt this creatively satisfied in a while, and I thank everyone who took the time to comment, and share and listen. Seriously THANK YOU!