Brooklyn, if it were an independent city would be the 4th largest city in the United States. Brooklyn represents cultures from all over the world. West Indian, Russian, Jewish, Puerto Rican, African, Brazilian, Irish, Italian. All of these cultures plus many more have helped to build the fabric of life in Brooklyn.

The goal of Brooklyn Beats is to learn more about what Brooklynites are listening to and why. In my travels I will stop people with headphones on, ask them what they are listening to, and why they chose to listen to the artist/genere etc.

Music touches all people, but in different ways. If I can learn from the people what they love and why. I can not only put together DJ sets that move the crowd, but also learn the history and culture of the music. The deeper the knowledge base, the more creative the set. Plus I am a super nerd for learning the details of different forms of music the world over.

For the first installment of Brooklyn Beats we are starting close to home. You have probably seen some pics of Aaliyah and Lola around the site. Now let’s talk to my wife Pilar.

An amazing mother of two with excellent taste in music. Being with her has shaped my listening in such great ways. She has turned me on to so many great artists and albums. One thing I really love about her listening patterns, is that she loves “album cuts” She hardly ever plays the top singles from each album, she like the deep inner cuts. Pilar plays ATLiens by OUTKAST all the time (another reason to love her) her favorite song is Jazzy Belle, not Atliens, and not Elevators. I was drawn to that.

Pilar works with the Middle School Quality Initiative, a literacy initiative that works with public middle schools across all five Boroughs of New York City.

Number one Pilar is a Brooklyn native, with impeccable taste, also she is all over the city, sometimes riding the train for two hours or more a day. That’s a lot of listening time.

Let’s find out what she has been listening to. 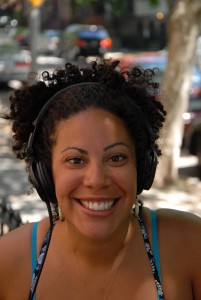 Pilar, whats the flavor in your ear?

What made you choose that today?-

It’s been 10 years since Blazing Arrow was released. That album provided me with a lot of listening pleasure.

Does it have any special meaning for you?

Blazing Arrow made me think, bob my head, and blasted from both my home and car speakers on many occasions. I listened to the new album in hopes it would elicit similar experiences.

I love hearing the evolution of artists as they grow and change to make their music relevant to the current times. Their musical progression makes me that much more conscious of my own evolution.

Twist of Time- by Blackalicious- Imani Vol. I 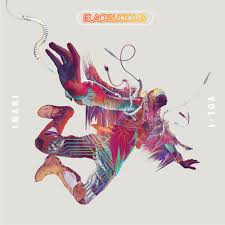 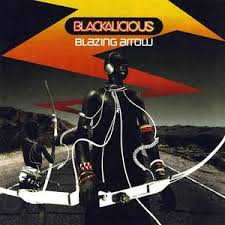 This is the source of the Me and my arrow sample. Pretty sure I saw this when I was teaching in the Bronx some years back. I heard it, and immediately connected it to Blackalicious. Ringo Starr is the narrarator