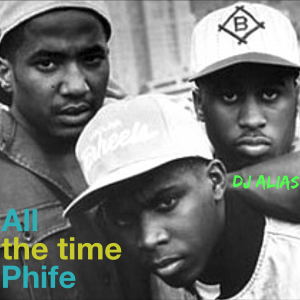 A question I was asked was once.

If a life form from another planet came earth having never heard Hip Hop music before what would you play them.

My answer is the THE LOW END THEORY the album and the group A Tribe Called Quest are quintessential Hip Hop, and the foundation of my Hip Hop formative years.

Perfect and imaginative sampling, the boomiest and bapiest drums ever. I still ask myself when I listen to “Footprints” “How did they get the kick so phat?”

Phife, an energetic storyteller, witty and hilarious. i.e. Seamans furniture. Often the lead off hitter that set the tone for the song. Extremity in Rhythm was a mark of his flow. He could flip a verse in many styles with ease, and shut down a Phoney Rapper in a battle by getting loose off of orange juice.

A true legend gone to soon. So this mix goes out to the life and music of Phife Dawg. and A Tribe Called Quest